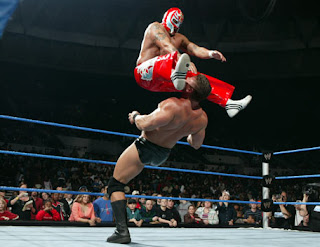 Awesome tasting! We braved the summer heat and the precarious state of the ceiling above Cam's dining room table for a 'boys-only' under $35 smackdown. Being a creative bunch, there was an oddball selection of wines from various countries. While the the overall quality was very high, personal taste led to a diversity of 'rankings'. With this collection of unusual wines we had 3 different first place rankings amongst our five tasters. Well, a winner had to be declared, so here is the final tally:

First: 1997 Conde de Valdemar Gran Reserva (Rioja, Spain)
While three first place rankings guaranteed Pramod's wine the grand prize, it also received a last place ranking (from me...). Since my notes were not in line with the group they are not particularly relevant. While I ranked this one last, this was mainly a reflection of the quality of the other wines - I did not hate this wine and I have purchased it on a few occasions. My problem was that the nose was not particularly complex (some subtle earthy smells, some mint, but I found the alcohol smell overpowering) and the taste was nice but somewhat rustic, with no length. Drink now. Would pair well with steak, available locally for $32.25.

Second: 2001 Chateau Montus (Madiran, France)
My Chateau Montus received only one first place ranking (Cosme), but was in the top three for most of the group. The nose was fairly simple, with subtle oak/leater/musk scents. But in the mouth - WHAM! This is powerful - knock you off your chair powerful. Serve it too a guest and they will be speechless for minutes. The finish lasts forever...I can still taste this one. This is not ready - stash it away and open it on its 10th anniversary. I do not recommend this for novices - they will hate it. (WS 91)

Third: 2003 Planeta Syrah (Sicilia, Italy)
Cam's Planeta finished very close behind the wines above. This was the first wine tasted, with such a beautiful, interesting and complex nose - early on I was sure this one would win hands down. According to my notes there was lots going on here - scents of rose, cherry, mint, truffles, cloves, leather - wow. It was very different in the mouth - light bodied and somewhat rustic with no length. Drink this crowd pleaser now.

Fourth: 2001 Chateau Signac Cuvee Terra Amata (Cotes-du-Rhone, France)
Cosme's Chateau Signac was the lowest price wine in the group, but held its own - Cosme ranked it second and I ranked it third. I found the nose to be nice, interesting, with gamey smells, truffle, spices (cloves, nutmeg), toast and 'wet stones'. On the palate I described this wine as full bodied with firm tannins and "Very delicious, interesting, well-balanced". Given these notes I am not sure why I ranked this third? (scores were close). While this tasting was meant to be a 'value-tasting', this wine is clearly a "value amongst values" - local stores now list this at $22.60 (cost was $26.25, price has gone down). This is a steal for the quality. (RP 90)

Fifth: 1999 Kanonkop Pinotage (S. Africa)
I have never tasted a Pinotage, so including this one in a blind tasting threw me for a loop. I have never had anything like this! This was also a controversial wine - three last place scores, one first (me). Since I was the only person ranking this first my views are not reflective of the group - others referred to the nose as "awful", "roadkill", and other un-postable expletives. According to my notes, I found the nose very interesting - aromas of hay, undergrowth (dominant), musk, vanilla, coffee, butter. In my opinion it tasted very nice as well - medium bodied with firm tannins, balanced and "hearty". Long finish, this will likely get better. The other controversy on this wine was price - I see the 2002 is 45 bucks at the local store - Chris swears he bought this for $34 something (nobody believes him).